This report, and the subsequent reports, will identify any laws, treaties, regulations, guidance, reporting, record keeping requirements, and other government policies that inhibit Federal regulation of the U.S. financial system in a manner consistent with the Core Principles, which were set forth in the Executive Order 13772 on February 03, 2017. The principles promote American competitiveness, both at home and abroad, while making regulation efficient, effective, and appropriately tailored. The U.S. Treasury Secretary Steven T. Mnuchin said, “Properly structuring regulation of the U.S. financial system is critical to achieve the administration’s goal of sustained economic growth and to create opportunities for all Americans to benefit from a stronger economy.” The report detailed the following findings:

Capital, liquidity, and leverage rules can be simplified to increase the flow of credit

Global competitiveness of banks in the United States must be ensured

Improving market liquidity is critical for the U.S. economy

The CFPB must be reformed

Regulations need to be better tailored, more efficient, and effective

As a next step, the Treasury and the Administration will begin working with Congress, independent regulators, the financial industry, and trade groups to implement the recommendations advocated in the report through changes to statutes, regulations, and supervisory guidance. Subsequent reports will be issued over the coming months and will focus on markets, liquidity, central clearing, financial products, asset management, insurance, and innovation, among other key areas. 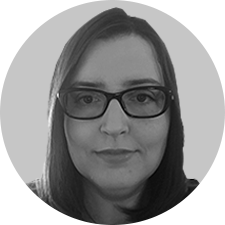