Japan, as the third largest economy in the world, was also hit by the financial crisis, but its banking industry mostly avoided risky investments. Large Japanese banks did not suffer as much from the turmoil, which has been the main cause of their indifference to the surge of new banking regulations led by the global supervisory bodies.

While other global banks and their regulators make every supervisory and voluntary effort to redeem market confidence, Japanese banks have long struggled with a sticky issue – extremely low profitability in the domestic market. Their pre-provision income ratios and net interest income margins are at the lowest level among all the advanced countries. Naturally, some large banks, after grabbing a significant share of the domestic market, have been aggressively expanding their businesses into other Asian countries, especially in traditional commercial lending. They look for alternative sources for further growth.

For Japanese banks, increasing profitability has been a more important issue than improving risk management. The situation changed, however, when they recognized a new management framework for controlling risk and return – a risk appetite framework.

A risk appetite framework is an overall approach, through which the risk appetite of a bank is established, communicated, and monitored. Interestingly, there was no pre-existing vocabulary to describe risk appetite. Initially, Japanese banks welcomed this framework as a totally new concept.

Since the Senior Supervisors Group published a report, “Observations on Developments in Risk Appetite Frameworks and IT Infrastructure,” in late 2010, Japanese banks have worked to introduce the framework. The Japanese regulator, Japan Financial Supervisory Agency (J-FSA), established requirements to build the framework within their supervisory guidance in 2013.

This concept perfectly matches what the Japanese banks are trying to achieve in the high-margin, but much riskier, markets in Asia. Building clear and well-defined risk appetite strategies in new frontier markets in Asia has been a pressing task.

As Japanese banks learned what the risk appetite framework really suggests, they began to realize that it is also deeply related to other initiatives (such as stress testing) in terms of governance, data management, and reporting to their senior management. This trend clearly reflects the recent transformation of global stress testing practices.

The major banking industry jurisdictions, such as the US, Europe, and UK, are all advancing toward more stringent, transparent, and effective supervisory stress testing regimes. This trend has led to interesting changes in best practices.

1. Focus stress tests on financials, not just risk. Traditional stress tests tend to focus on various kinds of risk, which are measured by relatively complicated methodologies such as Value-at-Risk (VaR) or Monte Carlo simulations. The current stress tests focus more on the projections of financials, which should include balance sheet, P&L, and Basel capital ratios, and do not require models that are too complicated.

2. Cover the entire balance sheet. As the stress test aims to project financials into the future, the actual work required extends to all the balance sheet items. This means that stress testing is not a specific task for a risk management team any more – it is becoming an enterprise-wide operation.

3. Require multi-period projections. In traditional stress tests, stressed risk results are often calculated when an instantaneous shock is applied to a portfolio. Under the current stress test practices, projections of the financials across several periods (nine quarters in the US and three years in the EU) are required.

4. Focus more on analyzing resilience, rather than insolvency. Banks are not expected to default under the current stress tests, even under the most severe scenario, which partly reflects the improved financial conditions of the major global banks. What matters most in the stress test analysis is the lowest potential capital ratio they could hit during the stressed period. The current stress tests can be compared to a hurdle race. Runners are expected to clear multiple hurdles under the worst physical conditions. The hurdles are the minimum requirements for regulations, such as Basel capital requirements, leverage ratio, liquidity ratio, etc. The minimum requirements for those regulations could be used more effectively under the current stress test framework. While most banks tend to believe it is easy to clear those requirements, it is not always easy to keep doing so over multiple periods under a very severe stress scenario. 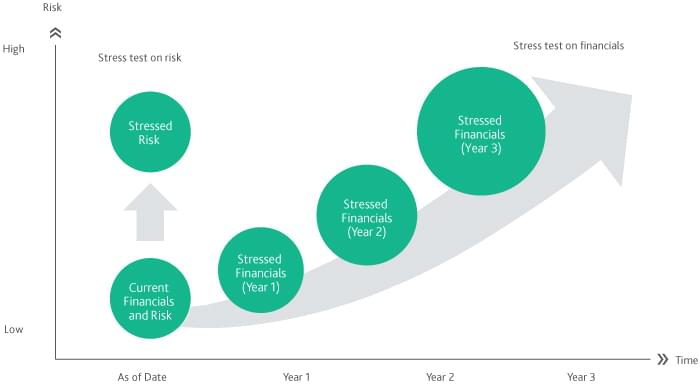 Interestingly, as the stress test changes along with global supervisory initiatives, its practices are becoming closer to the requirements for building a risk appetite framework. In both platforms, it is expected that banks should use the outcomes effectively to improve their risk management.

In a risk appetite framework, banks should establish the level and types of risk they are willing to take to achieve strategic objectives. The process should include the projection of major key performance indicators (KPIs) and necessary risk limits, which reflect the strategies and the risk they assume. This process should be closely related with the business strategies of banks. On the other hand, a stress test is supposed to generate financials and risks under stress for multiple periods in the future. This could be used to validate risk appetite strategies. The three major functions for the management of a bank – business strategy, risk appetite, and stress testing – are now expected to work very closely.

Setting up an appropriate IT framework to implement a risk appetite and stress test framework is crucial because the process should be effective and run smoothly. There are also supervisory requirements to be a “management framework” for a bank.

First and foremost, IT arrangements need to be established quickly. Over the past few years, Japanese banks have learned that their IT projects take too much time and cost too much. This is mainly because most Japanese banks have built a huge core banking system (“Kikan-kei” system), which incorporates all their accounting, booking, and financial workflows. All the other information or risk systems tend to be built on top of the core banking system.

At the time, many banks believed that this comprehensive framework would integrate all the important information in one place. It turned out, though, to be less flexible for the current regulatory environment, which is rapidly changing. In terms of organization, Japanese banks are also good at building rigorous silo-type departments. This type of organization should work effectively once the targets are all set, but it tends to be weak when quickly changing environments.

The following are the major functions required for effective risk appetite and stress test frameworks.

These functions should require drastic reforms of most large banks’ current IT framework, and may require them to wait for many years until they have set everything up. While they could be patient, the market will never wait. The large banks are in competition with each other and are actively doing business in the international markets. It is apparent that banks that successfully implement these frameworks will emerge as the winners, restoring confidence with market participants and clients. Thus, most banks seek a better way to achieve these tasks.

A typical approach taken by the global banks facing these tasks is to build a multi-functional database and a workflow among all the existing IT platforms. While the database covers all the balance sheet items and risk parameters, it should interface with other existing databases and calculation engines. By adding a new multi-functional database and making it work as a hub for workflows among different IT systems, banks can build an effective framework, saving a lot of resources. 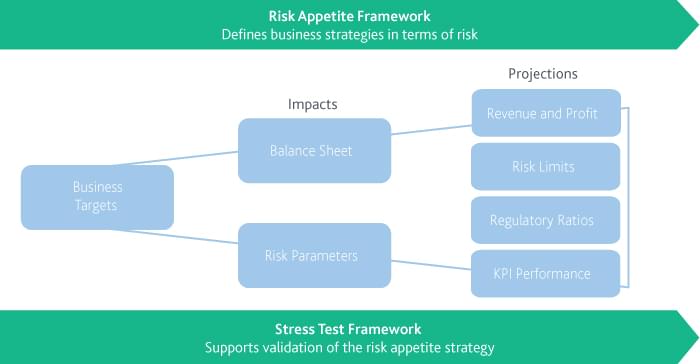 A common challenge among global banks in advanced countries, including Japan, is with achieving further growth in slow-growth economies. They tend to seek new opportunities in developing economies, emerging markets, and new asset classes. It is crucial that large Japanese banks expand their presence in the Asian markets, where loan spreads are almost always thicker than Japan and a growing number of firms look for new finance sources.

The new approach required for global banks (including risk appetite and stress testing) is designed to achieve better frameworks to manage risk and return more autonomously. Regulatory expectations focus on more than just compliance with new regulations. Banks are also expected to design appropriate governance that manages emerging risks and achieves a controlled performance. It is important that banks be fully responsible for building enhanced governance because this will be the key to gaining a competition advantage in this new era – indeed a new path for banks to achieve further growth.

The Benefits of an Integrated Risk Management Framework within Banks
Article

The banking industry will be affected by significant structural changes and required to implement risk governance reforms to keep up with complex regulations and macroeconomic and financial conditions. This article provides best practices for how banks can thrive in this future operating environment.

As mass amounts of data meet ever-increasing regulation in the world of finance, sophisticated data management has never been more important. How a bank handles this complex problem will make or break its position as a global player.