In this article, we summarize the results of a Moody’s Analytics survey conducted to assess US banks’ preparations for CECL. The survey found that banks foresaw the most challenges in terms of data and modeling needs. Most banks expected to increase provisions as a result of CECL, but the effects on loan pricing were largely undetermined. At the time of survey, banks were generally focused on early preparation needs such as forming working groups, acquiring budget approvals, and developing timelines with full implementation planned for 2020 or 2021.

The survey revealed these key points:

CECL compliance will be mandatory for nearly 6,100 US banks. As shown in Figure 1, the vast majority of these banks have under $5 billion in assets and are located in the South and Midwest. We spoke to representatives from 26 of these banks whose main asset classes, defined as asset classes making up more than 20% of their loan portfolio, included residential real estate (RRE), commercial real estate (CRE), and commercial and industrial (C&I) sectors. Survey participants typically had job functions related to credit, accounting, risk, and finance. Reflecting the total industry landscape, participating banks were generally stationed in the South and Midwest and had assets under $5 billion. Participants’ complete characteristics are shown in Figure 2. 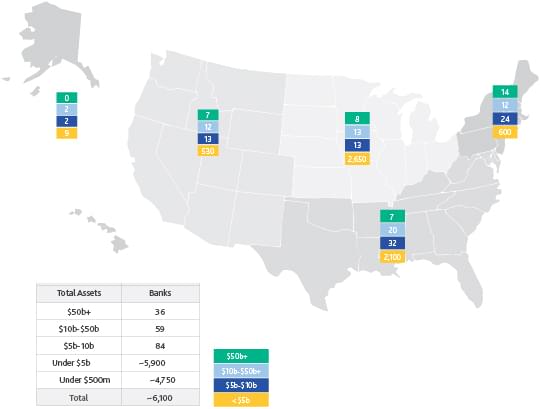 CECL compliance is expected to affect banks’ provisions and some banks’ loan pricing, as shown in Figure 3 and Figure 4, respectively.

The majority of banks surveyed expected to increase their overall provisions as a result of CECL compliance. This is in line with CECL’s goal of ensuring adequate reserves and minimizing emergency provisioning, which can amplify an economic downturn like it did during the Great Recession. 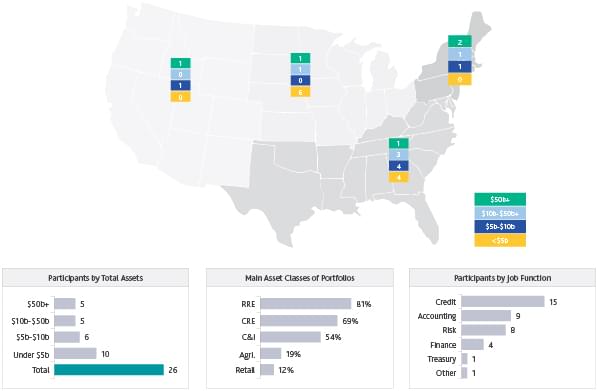 Notably, 12% of respondents expected their provisions to decrease or remain flat. CECL may reduce reserves on some portfolios, such as those with C&I loans, because they are short-dated. Additionally, some banks may have already had appropriate or surplus reserves because of their qualitative (Q) factors. Banks use Q factors to account for differences between past conditions, on which models are based, and existing conditions. When a bank’s Q factor reflects an overestimate of the negative effect of conditions like unemployment rates or interest rates, the bank has likely over-reserved.

CECL compliance will provide banks with a clearer view of expected life-of-loan loss, which may prompt banks to adjust their loan pricing accordingly. While half of respondents were unsure of whether CECL would have an effect in this regard, nearly a third said they expected it to impact their loan pricing. 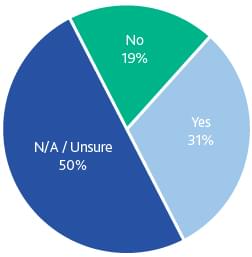 All but the largest banks foresaw challenges related to data. Those with under $50 billion in assets often lack sufficient historical data, lack the right types of data, or cannot retrieve the data from their core systems.

These data challenges – along with an absence of internal modeling teams and in-house economists – commonly lead to modeling obstacles. Almost all surveyed banks, with the exception of some of the largest ones, anticipated challenges in applying life-of-loan loss models.

From a software and calculations perspective, foreseen challenges depended on how banks’ allowance for loan and lease losses (ALLL) processes are set up. Larger banks, those with assets over $50 billion, are more likely to have internal capabilities to complete calculations.

Those with lower asset levels, under $5 billion, planned to use outside vendors to circumvent potential software and calculation issues. Midsized banks – those with assets of $5 billion to $50 billion and that used more simplistic ALLL processes, such as methods utilizing internally developed Excel spreadsheets – expected challenges with the calculations, as their processes are likely to change significantly under CECL.

With leaner organization structures, banks with under $5 billion in assets expected to see the smallest impact on reporting as a result of CECL. On the other end of the spectrum, banks with over $50 billion in assets have the greatest obligation for accurate and thorough reporting because of a typically high number of stakeholders. These banks anticipated more significant impacts to reporting to help understand and justify the impact to provisions. And because they tended to have underdeveloped reporting capabilities, reporting on CECL was expected to pose challenges. Banks falling between the two extremes unsurprisingly had mixed responses.

Where challenges were expected or capabilities didn’t exist, banks planned to invest in expanding or establishing internal capabilities or enlisting the help of external vendors.

At the time of survey, banks were in early stages of CECL planning and preparation. Banks that need to file with the Securities and Exchange Commission (SEC) must adopt CECL by 2020, whereas non-SEC filers have until 2021 to become compliant. Although SEC filers have more compressed timelines, non-SEC filers are fully aware of the challenges that come with CECL; both groups, therefore, are in similar preparation stages.

More than half of banks surveyed reported that they had already spoken with auditors for early preparation, and more than a quarter had already engaged vendors. Early vendor discussions were focused on cost estimates, software integration capabilities, and expected timelines for completed solutions. At the time of survey, most banks were focused on forming working groups, acquiring budget approvals, and developing timelines by early 2017.

SEC-filing survey respondents stated they would focus on implementation between mid-2017 and the end of 2019. Banks with more than $50 billion in assets expressed minimal interest in early adoption, which is permitted for fiscal years beginning after December 15, 2018. Subsequently, most respondents planned to perform parallel runs between mid-2018 and the end of 2020, with 69% confirming that parallel runs would be necessary.

The timeline for non-SEC filers lags by about a year. In general, these banks planned to complete initial preparation steps by early or mid-2018, complete implementation by 2020, and conduct parallel runs by the end of 2021. Banks’ anticipated high-level timelines are summarized in Figure 6.

As banks continue to learn about CECL’s requirements, the path forward does not come without concerns. Some survey participants believe the FASB may have made the standard overly complex.

“The CECL standard has gone too far,” according to one CCAR bank, “and current practices, which must now be changed, could have incorporated future events more simply.”

Some smaller banks question the applicability of CECL to rural/community banks.

“CECL is not necessary for a smaller bank,” according to a private community bank. “Smaller banks should have a good handle on their customers and risk levels as a rural/community bank.”

Even with CECL’s challengers, many respondents acknowledged the need to change from an incurred loss approach to an expected loss approach, and that CECL may create opportunities for improved business practices.

Another acknowledged, “CECL is seen as an opportunity to streamline and eliminate risk.”

While respondents’ opinions and reactions to CECL vary, the standard poses real challenges for organizations of all sizes. Over the next 12 to 24 months, banks will continue to progress toward becoming CECL-ready by continuing to assess their current capabilities and close gaps as needs become clear.

A well-recognized researcher in the field; offers many years of experience in the real estate ﬁnance industry, and leads research efforts in expanding credit risk analytics to commercial real estate.

What Does the New Impairment Standard Mean for Structured Finance Holdings?

This article is a summary of the views expressed by regional banking institutions in a recent survey about IFRS 9 regulation. The survey was conducted to assess progress, potential challenges, and plans of banks with regards to IFRS 9 compliance.